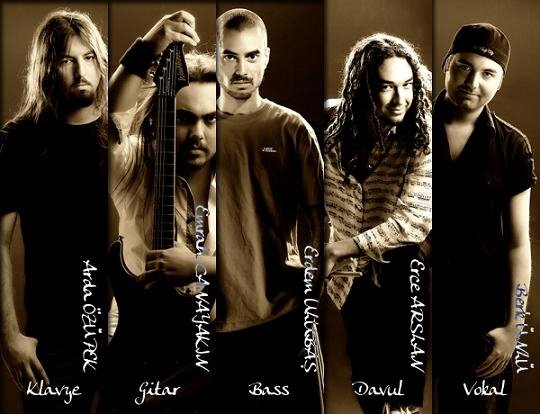 In 2002, Erce Arslan and Berk Ünlü met through friends. This acquaintance soon turned into a friendship based on music and musical understanding which led to the formation of Neoma in 2005. In 2005, the band recorded 2 of their songs 'Liberty' and 'The Poet Fades Today' at the Deneyevi and Mine Erkaya Studios. The bands plan was initially to record these 2 songs and then approach recording companies in both Turkey and abroad; however the surprising exit of their guitarist meant they needed a replacement and put the recording company search on hold.

By the middle of 2006 the band began finding its feet following hours and hours of practicing. Erce & Berk worked with many different musicians during this time, and all help develop the bands direction and helped create the power and solid performance Neoma needed.

In 2007, Neoma re-recorded the previously recorded 2 tracks with new arrangements and also recorded their new song 'Never Surrender'. During the recording sessions Neoma worked with a number of different tonmeisters. Half way through the recording, they had to leave the studio that they were using; the guys were then looking for a new studio and way to finish the recordings. With a stroke of luck bassist Erdem Ulubaş decided to convert his father's old workshop into a studio. As their new studio was being built the band found its final form with members Erce, Berk, Erdem and keyboardist Arda Özüpek.

By 2008 their studio was finished and a final member, guitarist Emrah Canayakın joined the band. In May of 2008 they played at Bursa Uludağ University and the Yeni Melek concert hall in Istanbul. They are currently working constantly on their new repertoire and have also released an album of well known songs all recorded, mixed and mastered by Neoma.

Neoma is working endlessly on new material and will be releasing an album of their own songs very soon.