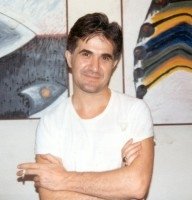 Mehmet Eryılmaz graduated from the Radio & TV department at Marmara University, he then attended the Cinema & TV department at Mimar Sinan University as a part time student. Although he primarily works on short films, experimental films and documentaries Mehmet has also filmed advertisements and music videos.

In the last couple of years, he has become well known in the music and film sector due to a film he made called 'Bedr' based on classic Turkish music. Mehmet also changed seats when he acted in the film "İklimler". Recently Mehmet entered international film festivals with his first long film called "Hazan Mevsimi". Apart from adverts, music videos and documentaries Mehmet has 17 films and 13 awards up to date.