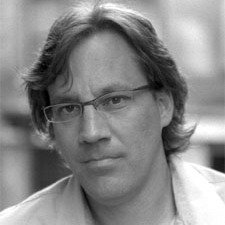 Kamran Ince was born in Montana in 1960 to an American and Turkish mother and father. He completed the final slot of his education with a doctorate from Eastman School of Music. Kamran's compositions have been played by some of the leading orchestras around the world. Holland Festival, CBC Encounter Series, International Istanbul Music Festival, Estoril Festival, and Turkfest are only a couple of organisations that featured events especially for Kamran's music. He has received awards by Prix de Rome, Guggenheim and Lili Boulanger.

For one of the past International Istanbul Music Festivals, Kamran's composition 'Requiem Without Words' was shared with his audience for the very first time. He also composed a symphony for the Galatasaray football club's 100th year Anniversary, commissioned by Muzikotek. This Symphony was brought to life in Istanbul with a very special concert. The Bilkent Orchestra, Ministry of Arts choir and Soloists were directed by Kamran himself during this important evening.

Kamran has a number of CD's released, one featuring Symphonies 3 & 4, another featuring compositions 'Remembering Lycia' and 'Arches', he also has two chamber music CD's.

Kamran is the co-chair of MIAM in Istanbul (Dr.Erol Üçer Müzik İleri Araştırmalar Merkezi – Centre for Advanced Studies in Music) and is also a professor of composition at the University of Memphis. Along side his role as a teacher Kamran still carries on composing music.