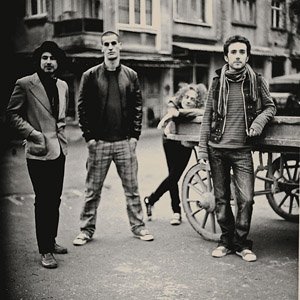 Fake Oddity was formed in 2002 in Lyon in the South of France from a collective love of music.

The group which is based in France and is primarily made up of French blood has an interesting twist. The singer is Turkish. He has the sweet pitch of Jeff Buckley and the power to create a performance that can completely infatuate the audience and drive them wild.

Many in the music sector, have kept a close eye out on the group which has led them to a number of major live opportunities. Well known groups such as Sum 41, Kill The Young and French names such as JMPZ, Hushpuppies and Anais are only some of the headliners they have played under.

Fake Oddity is one of the most important bands in Lyon at the moment and have played over 200 gigs. Along side their growing fame in France, Germany has started to show an interest in the band.

The group completed their debut album recording at the beginning of this year. The album is planned to be released in the autumn of 2007.