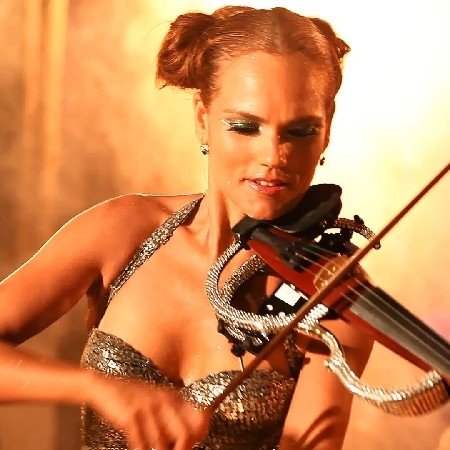 Canan Leslie Anderson, was born in Vicenza, Italy. She performed her first concert at the Austrian Cultural Center at the age of 6. After she finished her music education at Mimar Sinan University she worked on numerous projects both in Turkey and abroad.

She has performed as a guest violinist with the Adana Symphony Orchestra and has worked with the Istanbul State Opera and Ballet Orchestra. She moved to Austria in 1993 and performed as lead violinist at the world premiere of "Kugeln des Sultan" in 1994.

She has worked with Salzburg University Orchestra, the Bombai Symphony Orchestra and many others. While she was giving private violin lessons in Austria she starred as an actress in the TV series Helicop. In 1999 she returned to Istanbul and worked with the Istanbul State Opera and Ballet Orchestra.

Canan has gone on to perform with many famous singers and artist at their concerts, has been on TV shows both with violin performances as well as singing. She performs at the biggest entertainment venues in Istanbul and has released an album featuring her own compositions.